Class Four were lucky enough to visit to the Peak District National Park to learn more about rivers, rocks and fossils. In the morning, they visited Treak Cliff Cavern in Castleton. They learned lots about Blue John stone and how it was mined, and they were amazed to see how part of the cavern was covered in crinoid fossils. In the deepest park of the cavern, the children saw fantastic stalagmites and stalactites and learnt about how they were formed over millions of years.

In the afternoon, Class Four travelled to the National Trust Long Shaw Estate to complete a river study. They enjoyed taking measurements of the river at different points, and were able to see how the river changed as it moved downstream. Mrs Forster was really impressed with the children's measuring skills, and even more impressed that no one got wet!

Following their trip, in English Year Four have been writing recounts of the visit to Treak Cliff Cavern. They planned the writing first which helped to get all the events in order and to write accurately in paragraphs. They have produced some fantastic writing, full of all the interesting things we saw and learnt about. 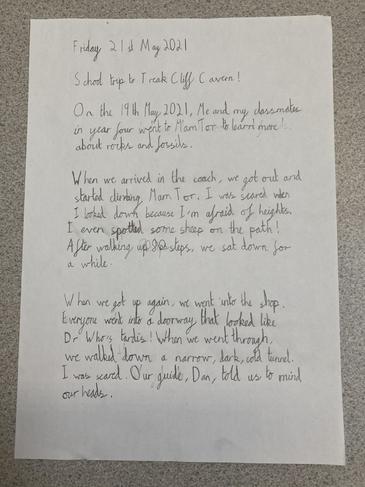 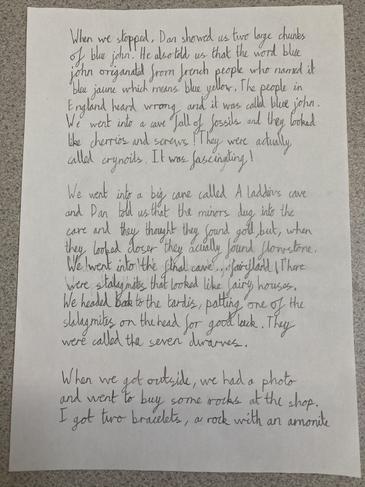 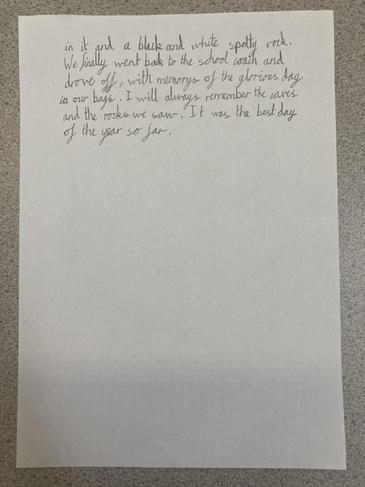 In maths, the children have been learning about the different types of angles. They really enjoyed making our their shapes and working out whether they had acute, obtuse or right angles. 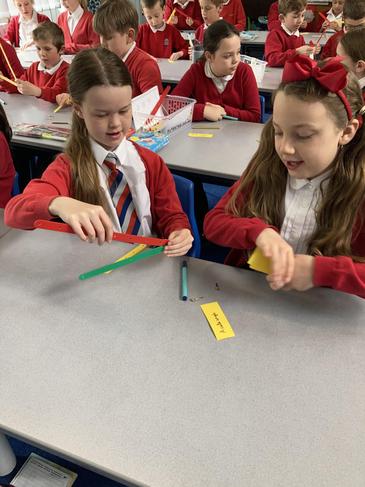 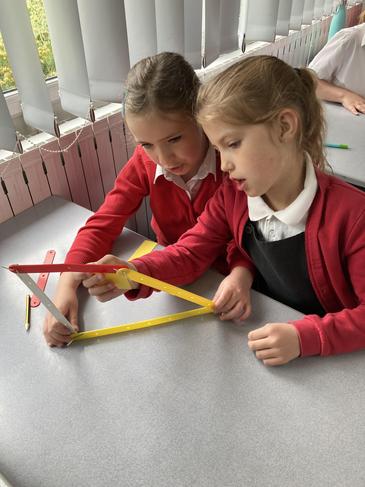 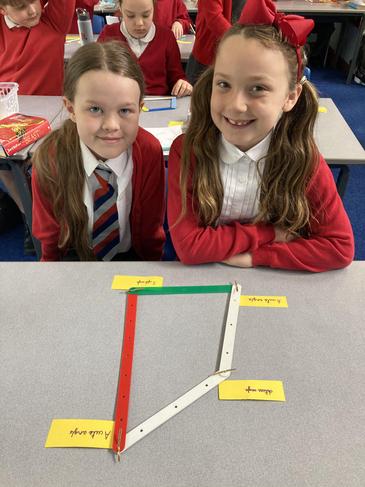 In science, the pupils have been learning more about fossils. They were interested to learn how fossils were formed over millions of years, and had a go at making their own versions using clay and plaster (although that only took a morning!).

For art, the children continued with the fossils theme. They were inspired by the art work in a book called ‘Stone Girl, Bone Girl’ which is about Mary Anning finding an ichthyosaur fossil. They drew their own dinosaur fossil and then drew layers of sedimentary rock around it. Class Four used different patterns to represent the different fossils in each layer. They also finished off their ammonite art work and especially enjoyed using marbling to create a background and then worked independently to create an image of an ammonite to stick on.